Issue #8 of the International Abba Magazine was published in July 1982 and focused on the Dick Cavett TV special which the group had recently filmed.

The editorial section started by confirming that the group were planning to release a double album of all their singles with a few new tracks. Additionally the magazine also announced the title of Frida's first solo single would be "I Know There's Something Going On".

Inside the magazine there is an article introducing Dick Cavett followed by a small interview from each of the group followed by an extract of the script. 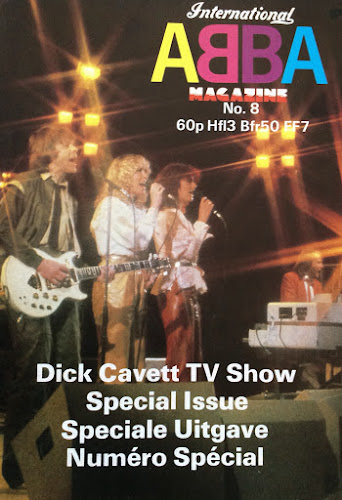