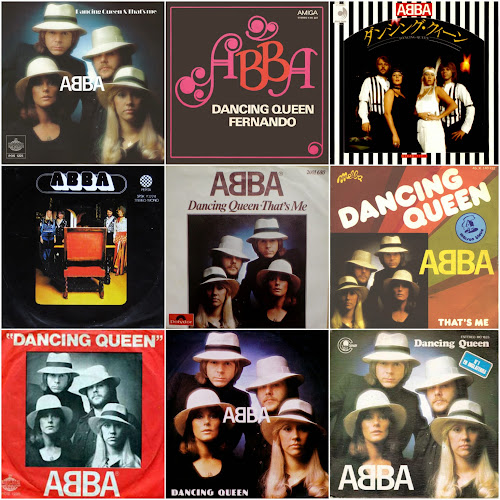 The single would remain at the number one spot for 6 weeks making it the 4th largest selling single of 1976 in the UK ; additionally "Fernando" was the 7th biggest seller and "Mamma Mia" was the 21st.

Of course "Dancing Queen" was a huge hit across the world ; some of the chart positions in individual countries are included in the table below -

Additionally the single reached number 12 in Spain, 14 in Italy and 19 in Japan.
Posted by AbbaFansBlog at 20:08